What you will do if you return to ten years and needs to get the man you dislike to be president for getting back to the previous world. The lead role Lin Miao faces the issue on the Chinese drama Parallel Love. 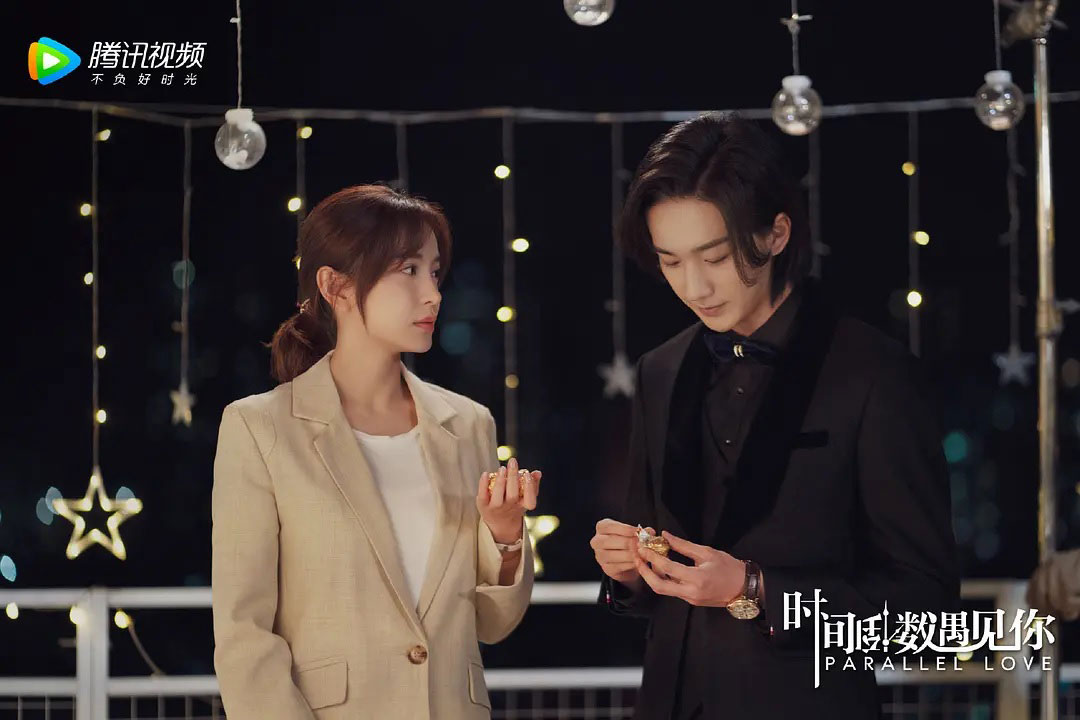 Lin Miao walks to the place where she is going to introduce her design to people. But she gets into a strange world after she bumped Jiao Yang at the door of the coffee shop.

Jiao Yang is going to become the president of Hong Yu firm. But Lin Miao shows up again and tears up his shirt while asking him to look for the person Johnny for him. The reporter spots the lipstick mark on Jiao Yang’s neck, and he spreads the gossip.

Lin Miao runs into Johnny at the store and learns that it’s ten years ago. She returns home after finding the key from the flowerpot, and gets a message that she must help Jiao Yang be the president for returning to her world. Meanwhile, the Lin Miao who lives in 2010 is shocked to see herself, and she passes out.

Jiao Yang tells the employees that the person will get promoted if one of them can make Lin Miao leave. So the colleagues begin to give Lin Miao hard time. Lin Miao deals with the issue the colleagues brought, and he is surprised to see Cheng Jun who is her ex-boyfriend. She has no face to see him, and goes to Jiao Yang’s office.

Jiao Yang tells Lin Miao that he rejected her application of employee dormitory. Lin Miao has no way but to sleep at the office. Jiao Yang catches her, and she tells him that she was driven out by the landlord. She has no place to stay. She feels sorry for rejecting her application, and tells her to go to his house. Jiao Yang is surprised.

Parallel Love Chinese Drama makes Lin Miao to return to the world where she is a normal girl. She isn’t young but she is outstanding. So Jiao Yang will fall for her even if she brought trouble to him. He doesn’t show any talent in the first episode, and the only thing he does is to play game. He becomes the vise-president because of his dad, and he needs to get training to be the president. It will be no problem since Lin Miao joined the company, and she can help him with her talent. But Jiao Yang isn’t aware of it, and he orders the employees to bully Lin Miao. He doesn’t know the danger has come. Cheng Jun, Lin Miao’s ex-boyfriend is also the heir of Hong Yu firm.

Cheng Jun can take everything away from Lin Miao when he is not qualified to be the president. Cheng Jun can also make Lin Miao leave Jiao Yang with their love. But I think Parallel Love will get Jiao Yang to fall for Lin Miao. So she will support him even if he is so stupid and only knows to show his handsome looks.

The employees in the office are dumb. There will be a reason Jiao Yang hired them. They only know to frame Lin Miao, and they show the scandal footage to President Jiao. It makes President Jiao think his son is an incompetent person so that he will give the position to Cheng Jun.