Nowadays more and more people love Chinese dramas, and the reason they left Korean dramas is because the stories are same. But Chinese dramas usually bring the fresh story. The Romance of Tiger and Rose is the one which takes you to get into the world the writer wrote, and the writer Chen Xiaoqian tries to save her script. 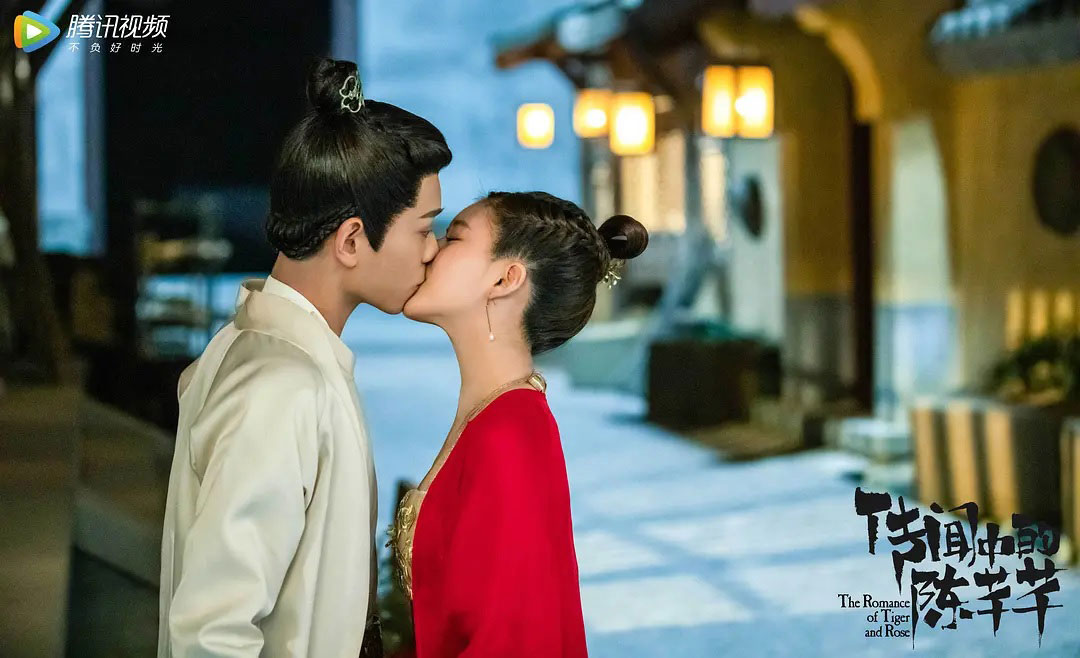 Chen Xiaoqian (Zhao Lusi) is a screenwriter who wrote the script The Romance of Tiger and Rose, but the actor Teacher Han doesn’t want to play the role Han Shuo in the script because he thinks she doesn’t know what is love. So she keeps writing to prove he was wrong. But she falls asleep and gets into the world she wrote where men are slaves of women.

She becomes the big bully in rose city Third Princess Chen Qianqian who just robbed the younger prince of tiger city from her older sister Chu Chu, and she is going to get married with him. Chen Xiaoqian knows the role will be killed by Han Shuo as she is a jerk, and Han Shuo came to rose city just for dragon bone. The only way to save herself and return her previous world is to get him to marry Chu Chu.

But Han Shuo is moved by Chen Qianqian after she cured his heart disease. So he will never fall for Chu Chu and helps Chen Qianqian to be the younger lord of the city. Chu Chu is supposed to be the lord. But Chen Qianqian took away the position from her, and she isn’t the biological daughter of current lord. So Chu Chu turns evil and tries many times to kill her younger sister. Han Shuo saves Qian Qian. But she is cold to him as she knows that he will ruin rose city one day, and she needs to get back to her world.

Qian Qian is sent to eliminate the bandit Meng Guo. Han Shuo saves Qian Qian again and moves her. She decides to be in love with him, but Elder Princess Yuan Yuan’s husband is killed. Qian Qian mistakes that Lin Qi killed him. So she catches her and is going to punish her. But Chu Chu as Lin Qi’s friend wants to kill her. Qian Qian helps Lin Qi flee, but Lin Qi is killed on the way to tiger city.

Qian Qian realizes that Han Shuo is fated to kill by Chu Chu. So she frames him for killing the lover of Yuan Yuan, and sends her out of the story. Han Shuo doesn’t know Qian Qian’s plan, and mistakes her as a bad woman. He returns rose city in Chu Chu’s help, and he takes the city.

Pei Heng takes the badge flower from Chu Chu, and he gets the army. When Chu Chu is going to force the lord to give the position to him, Han Shuo betrayed Chu Chu. Pei Heng arrives and catches Han Shuo. Han Shuo’s plan fails, and the lord intends to kill him. Qian Qian takes her life for saving Han Shuo. But Chu Chu still doesn’t want to forgive Qian Qian.