Xia Ke asks Mr. Qian who was in charge of the event, and He Yu smiles to admit that it was him. He Yu explains that he changed the time on his own because the user activity at night is higher than the day’s. He adds that he got Yao Qing to be on duty, and Yao Qing reports that the internet technology problem had solved five minutes ago.

The World Owes Me A First Love Episode 13 Review 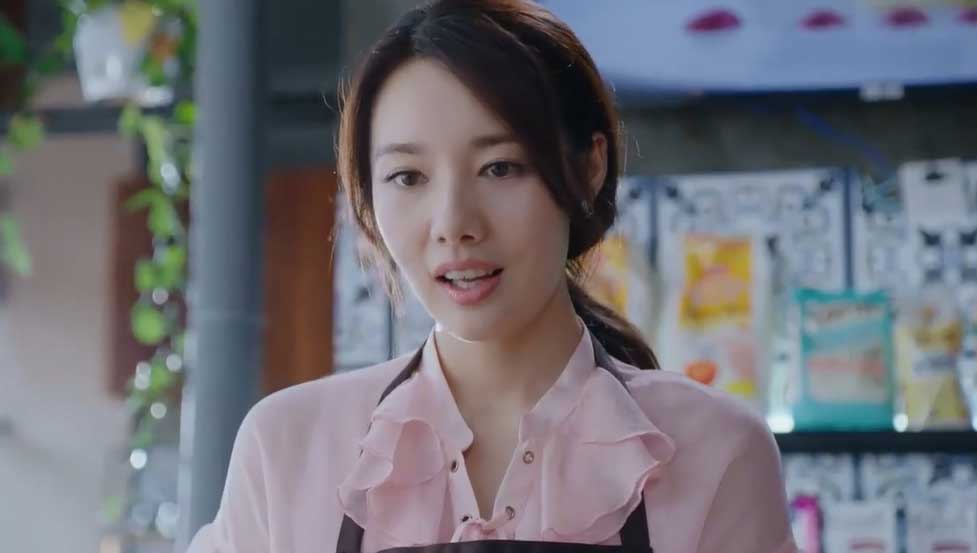 Xing Yun takes Xia Ke, Yao Qing and He Yu to eat barbecue. He Yu wanted to take a photo of Mr. Qian’s face and send to the group e-mails. He thanks Yao Qing for saving him, but she asks Xia Ke to repay her.

Xia Ke ignores Yao Qing and asks her how she found Mr. Qian’s plan. Yao Qing reveals Xiao Wang told her that Mr. Qian changed the system of the website, and she asked him to stay for a while.

Xia Ke doesn’t wish the thing to happen again, and Yao Qing shares that people have high expecting on instance. Xing Yun wishes not to disappoint people. Xia Ke and He Yu cheer up Xing Yun.

Shen Qing receives a house from someone, and she visits Grandma. Shen Qing thinks the gift is too precious, and she only wants blessing. Grandma asks Shen Qing if she still hates her after knowing Xiao Ke’s real face.

Shen Qing reveals she just didn’t want to be Grandma’s chess piece, and she could understand what Grandma did after she gave birth to Xiao Xi. Grandma asks if Xia Ke is still single, and Shen Qing shares that he won’t be single soon.

for tasting her cake. Shen Qing wants to teach Xing Yun how to make cake, but Xing Shun shares that Xia Ke thought her hands are clumsy.

Shen Qing shares that the cake Xia Ke likes most is black forest, and Xing Yun thinks Xia Ke is like black forest who hides a lot of deep things.

He Yu calls Yao Qing and wants to buy her earrings. He thinks Xia Ke won’t remember Yao Qing’s birthday, and Yao Qing tells He Yu that she will throw it to his face if he buys something cheap. He Yu spots the four leaf clover necklace, and the seller reveals four leaf clover means luck.

Shen Qing reveals to Xing Yun that Xia Ke was very cute and he protected her when he was scared. It makes Xing Yun laugh, and Xia Ke shows up. He sees Xing Yun making cake, and remembers Xing Yun cared for cat so that he hired her.

Xia Ke startles Xing Yun and makes her drop the cake. She asks him why he was close to her, and he mentions she made pizza with He Yu. Xing Yun thinks the cake must be tasting bad, and Xia Ke agrees on it. Shen Qing steps on Xia Ke’s foot, and asks Xing Yun to take the fruits for her.

Shen Qing tells Xia Ke not to hide it in his heart if he likes Xing Yun. Xia Ke admits his feelings to Xing Yun. Xing Yun runs into He Yu, and he tempts her with luffy’s T-shirt. She agrees to take a look at the T-shirt, but she needs to deliver the fruits first.

Shen Qing tells Xia Ke to use his misfortune to gain sympathy when his rival in love He Yu has many advantages. Xing Yun returns with He Yu, and He Yu shares that they’re going to take a look at luffy’s T-shirt. Xia Ke wets his clothes and asks Xing Yun to take it to the dry cleaning shop. But she tells him to get his 300 maids to wash it for him. Xing Yun goes to check the T-shirt, but finds out that she was fooled by He Yu.

The next day, Xing Yun arrives at the office. Yi Yi tells Xing Yun that Xia Ke prepared cake for her, and Xing Yun thinks it’s the last supper. Amy shows up and reveals she is going to buy Yao Qing birthday gift. Xing Yun thinks Xia Ke has been changed, but Amy says that Yao Qing is different. Xia Ke watches Xing Yun, and remembers Shen Qing told him not to dispatch Xing Yun.

He Yu tells Xia Ke that he intends to give the necklace to Xing Yun, but Xia Ke reminds He Yu that Xing Yun will be fired if she accepts the gift over 500 yuan. So He Yu has to talk about one piece with Xing Yun. Yao Qing wants to take his birthday with Xia Ke, but he says that he has a business. Yao Qing promises to wait for Xia Ke.

Yao Qing waits for Xia Ke at the restaurant. Amy brings the present Xia Ke asked her to buy to Yao Qing, and she notes the earring Yao Qing wears. Yao Qing opens the box and finds out the gift is same to her earring. She texts Xia Ke that she is waiting for him.